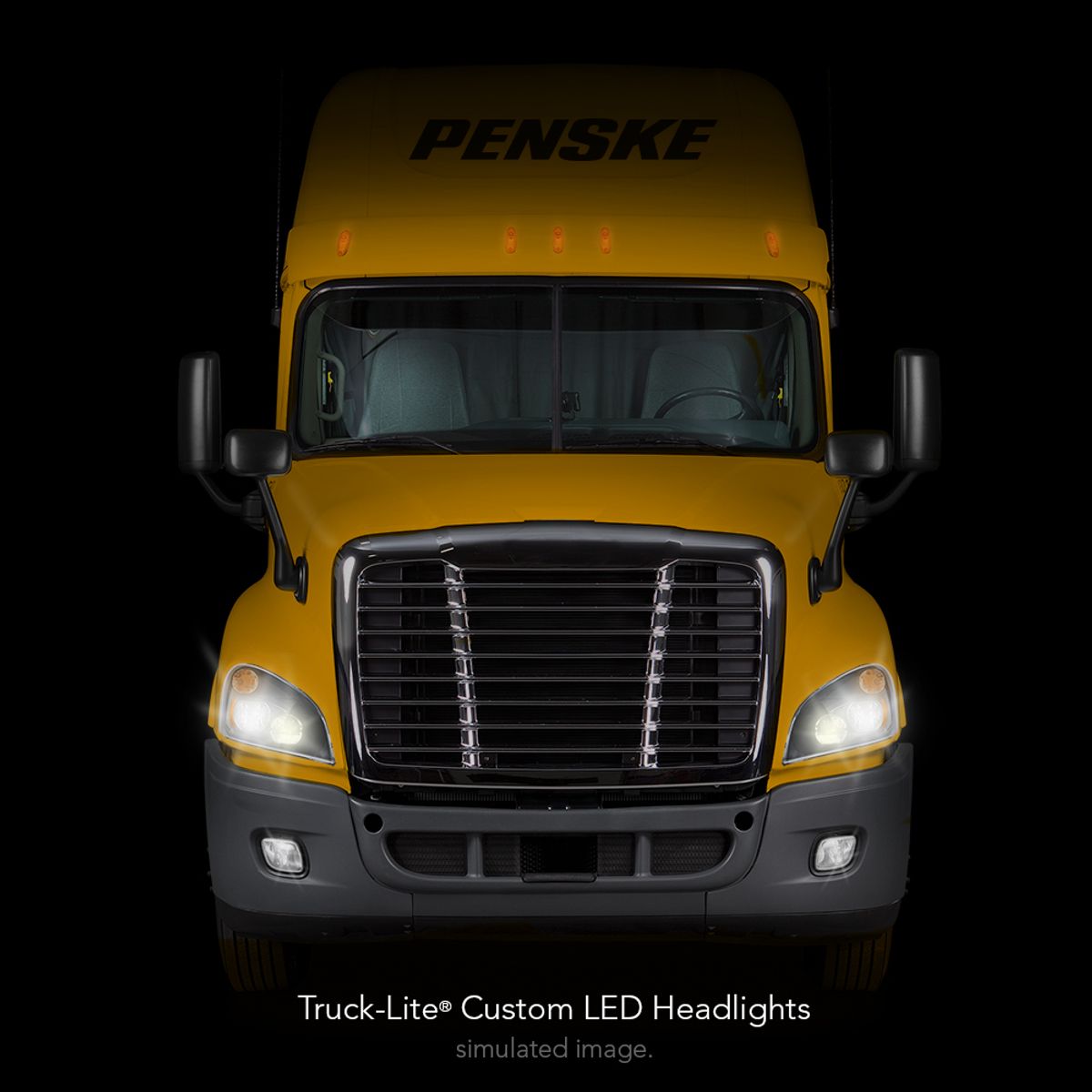 Penske Truck Leasing announced it will makeTruck-Lite custom LED headlights its standard spec on the Freightliner Cascadia tractors it offers for full-service lease.

“These headlights provide exceptional nighttime visibility as compared to other headlights that we have tested,” said Art Vallely, Penske Truck Leasing executive vice president of operations. “We believe that these LED headlights provide the driver with enhanced safety through greater reaction time and reduced driver fatigue. The driver acceptance by our customers has been overwhelmingly positive.”

The Truck-Lite LED headlamps were initially developed for military use and offer increased durability, visibility and safety. Manufactured in the U.S., Truck-Lite’s forward-lighting technology is battlefield tough and tested on vehicles serving in the Iraqi and Afghan theaters since 2007.