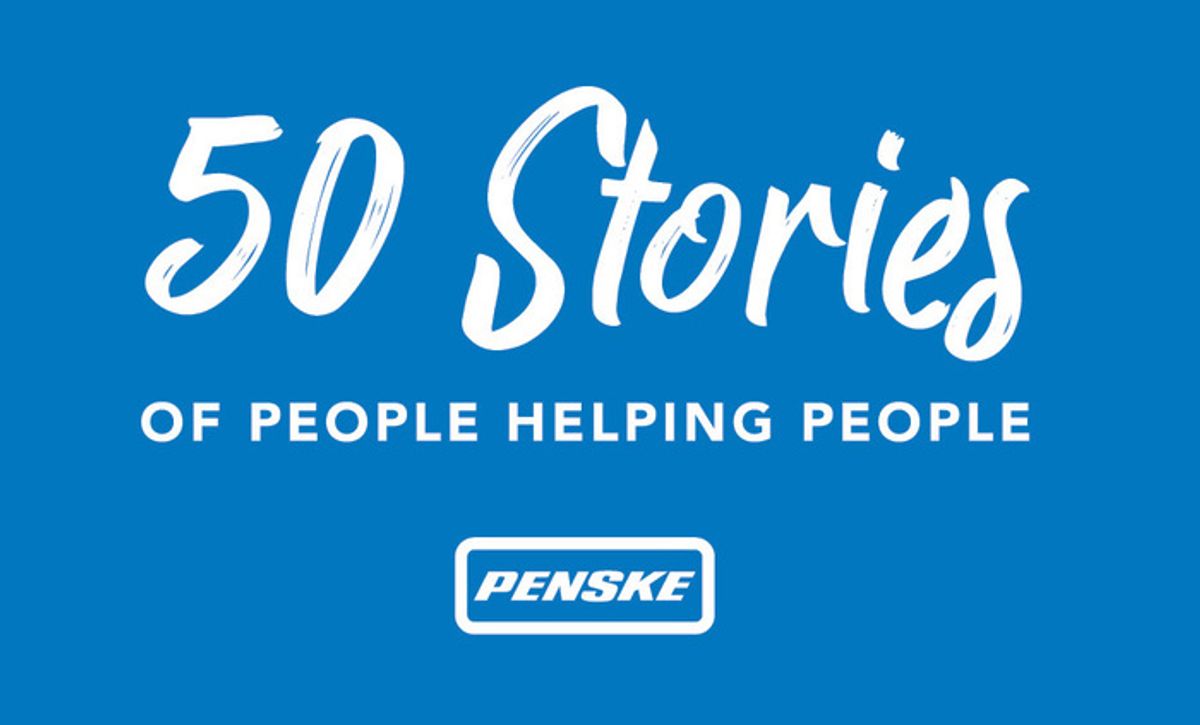 Associates Lace Up For a Breast Cancer Cure

News of his wife’s breast cancer diagnosis came suddenly for Kevin Weigel, who wrestled with his fear about what it would mean for Mary, his wife of 37 years, the rock of their family.

Yet, it was Weigel, Penske’s consumer development manager in Portland, Oregon, who had to be strong for his wife during her 10-month journey through surgery, chemotherapy and radiation treatments.

With his wife now in remission, Weigel will join other Penske associates across the country this weekend to promote cancer awareness and to raise funds for a breast cancer cure as part of the American Cancer Society’s Making Strides Against Breast Cancer walks.

“We’re making progress against breast cancer, but there’s still much more to do. Breast cancer is still the second leading cause of cancer death in women, second only to lung cancer,” said Susan Petre, the American Cancer Society’s vice president of staff events & innovation.

In all, 20 teams of Penske associates will take part in walks through Nov. 2 across the country to bring attention to breast cancer. This weekend, associates will participate in events in Fort Wayne, Indiana; Buffalo, New York; Cleveland, Ohio; Portland, Oregon and Newport News, Virginia,

The sun traded places with clouds over Falls Park at the Reedy in Greenville, South Carolina, on Sunday, but a group of Penske walkers didn’t seem to mind.

“It was the most perfect day ever,” said Casey-Lynne Kichman, district rental manager in Greenville. “It wasn’t chilly. It was cloudy, but there was enough sun and a little breeze going.

The conditions were just right for the group of 10 associates and family who participated in Greenville’s Making Strides walk. “It was one big Penske team,” Kichman said.

While the event served as a team-building and community-building event, as well as a fundraiser, many came with a special reason for walking.

“I walked in honor of a friend of mine who has been in remission from breast cancer for 15-plus years,” Kichman said. “I think everybody who donated or walked was touched by it in some way.”

Penske’s associates in Cleveland and Buffalo share a close kinship rooted in community service and touched in many ways by breast cancer. Tomorrow, both cities will have their Making Strides events, and Penske associates will be there.

This year marks the second year in a row that Penske will serve as the Official Finish Line Sponsor of the Making Strides event in Cleveland.

For the third year in a row, Cleveland associates will take to the streets of Ohio’s second-largest city forever known as “The Rock and Roll Capital of the World” to participate in a Making Strides event.

“We had 50 associates in 2017, and last year we had 120 associates,” said Michelle Dusek, a customer experience specialist in Penske’s Oakwood Village, Ohio, location and organizer for the Cleveland event. “Seeing it grow over the years has been inspiring, as well as seeing associates bonding and sharing this common passion for the cause.”

The team raises funds through its donation page and through a donation from the local Penske automotive dealership, which donates the proceeds of its casino night fundraiser to the Cleveland team.

“Because of the determination of Making Strides supporters and sponsors like Penske, the American Cancer Society is there for people in every community affected by breast cancer, whether they’re currently dealing with a diagnosis, may face one in the future, or will avoid it altogether because of education and risk reduction,” said Donna Ferrante, executive director of the American Cancer Society of Northern Ohio.

"At the event, communities embrace a bittersweet mix of purpose – celebrating survivorship and paying meaningful tributes to loved ones lost. Penske’s continued support and leadership helps make all of this possible," Ferrante said. "We are grateful that they have united with us in the fight so that we can provide support to everyone impacted by breast cancer, from research to education, prevention to diagnosis and treatment to recovery.”

Patty Cullers, a customer service coordinator at Penske’s location in Wickliffe, Ohio, said she was motivated to become involved in the Cleveland event due in part to her sister-in-law who battled breast cancer and is now in remission.

“We need to get out there, be active and raise money,” Cullers said. “We’ve come a long way with early detection, but we still need to eradicate it. This is my way of supporting it and being a part of it.”

Larissa Cole was in high school when her grandmother was diagnosed with breast cancer. She watched as her grandmother courageously faced surgery, chemotherapy and radiation treatments.

“Just seeing what she went through and pushing through all of that really made me more passionate about this,” said Cole, a lease sales representative in Penske’s Brookpark, Ohio, location. “Knowing that not only me but so many other people in our company have been affected is why this is such a big deal.”

This is the first year that Penske’s Buffalo associates have participated in a Making Strides walk.

Inspired by the Cleveland team, the Buffalo team formed a Making Strides team as a way to further connect with the community, said Alexica Perez, a management trainee in Buffalo.

“We wanted to get our employees involved in something that was not just about work, making sure to give back to the community,” Perez said.

When Penske’s Weigel heard that the Portland team was participating in Making Strides, he knew he wanted to be a part of it. The event takes place this Sunday.

Organizers Melissa Sprowls, assistant district administrator, and Yvonne Peebles, district financial manager, said the fact that breast cancer touched so many in their district made the Making Strides event a perfect fit.

Nearly 30 people have signed up to be a part of the Making Strides experience, either walking, volunteering in the team’s two refreshment tents or by donating.

“We will be handing out pink Penske bags with water and snacks,” Sprowls said. “We will also have two teams at each tent to cheer on the walkers.”

For Sprowls and Peebles, breast cancer’s impact is personal. Sprowls’ grandmother passed away from breast cancer, and Peebles has a dear friend whom she encouraged through her fight.

Weigel was so moved by his wife’s breast cancer journey that he wrote an impassioned plea to his fellow associates in an email to encourage their participation in the Making Strides movement.

“As soon as Melissa told me we were going to be doing this, I jumped at it. Where I saw I could have the most impact was to share my story, how it impacted me personally and what everybody could do,” Weigel said.

Although Weigel’s wife is in remission, he knows the important role that routine mammograms will play in her life as well as the lives of their two adult daughters. Weigel said he hopes the legacy of the Making Strides walks is a greater emphasis on early detection.