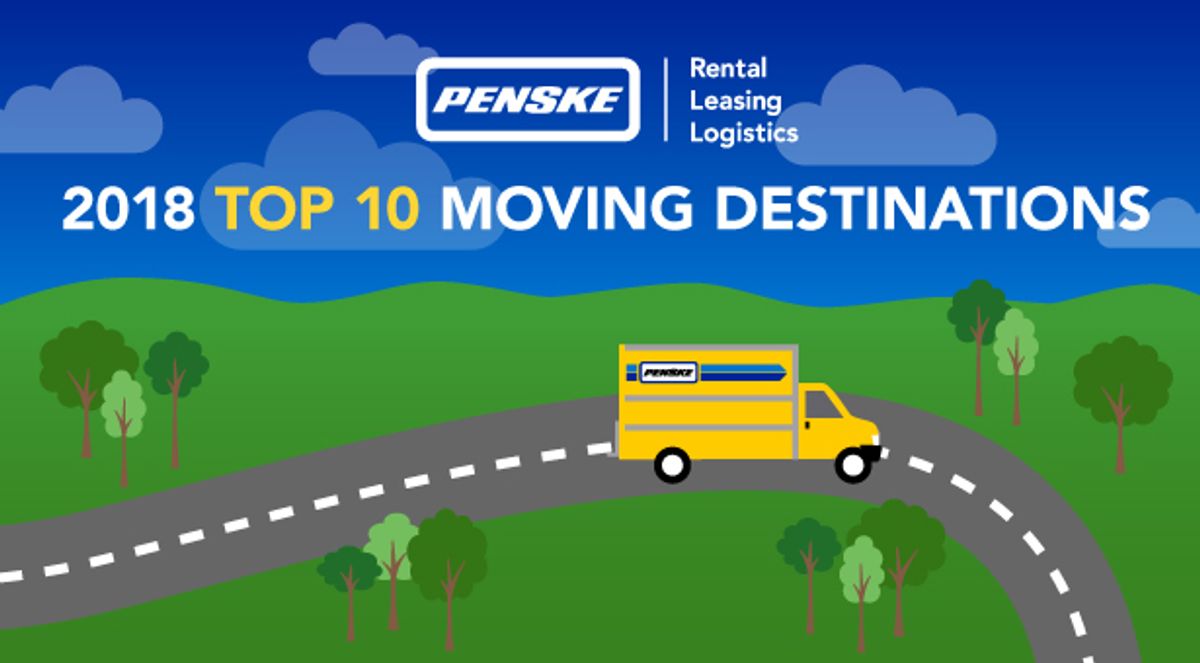 For the ninth consecutive year, Atlanta, Georgia, has topped the list of Penske Truck Rental’s Top Moving Destinations. Since 2010, Atlanta has taken the number one spot on the company’s annual list of cities seeing the most inbound truck rental.

In a surprising turn of events, Dallas/Fort Worth, Texas, did not rank in 2018. The Texas metropolis was No. 3 on the 2017 list and appeared among the Top 5 cities since the list’s inception.

Making its list debut, Austin, Texas, claimed the No. 9 spot. The Lone Star State’s capital is the 11th largest city in the United States and the third largest state capital, according to worldpopulationreview.com.

Interestingly, Sun Belt cities have dominated every one of Penske Truck Rental’s Top Moving Destinations lists. This year, the only two non-Sun Belt cities are Denver and Portland. Portland made its list debut in 2017.

Infographic Information came from the following: