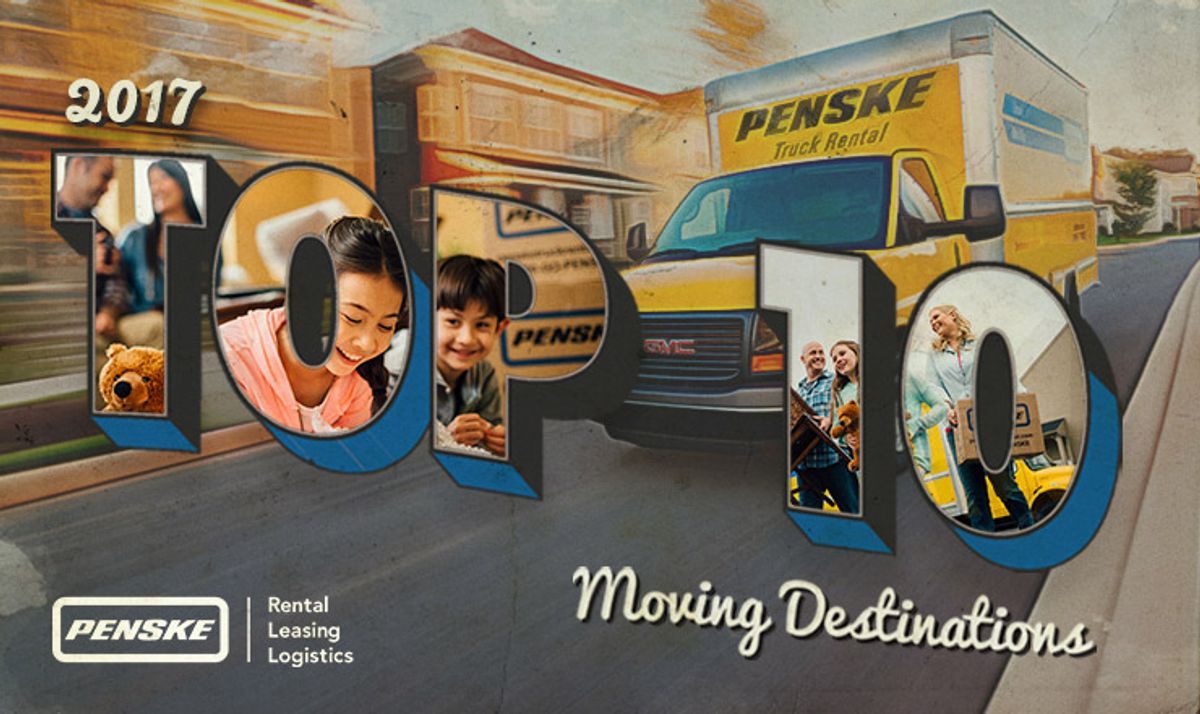 For the eighth consecutive year, Atlanta, Georgia, has topped Penske Truck Rental's list of Top Moving Destinations. Cementing its spot at No. 1, Georgia's "The Big Peach" is the ninth-largest metropolitan statistical area in the country, and the region grew by 1.6 percent from 2015 to 2016, according to U.S. Census.

Atlanta is not the only city making a repeat appearance on the annual list. Last year's No. 3 city, Phoenix, Arizona, has reclaimed its spot as the second most-moved-to city in the U.S. Appearing at No. 2 in 2015, Phoenix has appeared as a top moving destination since the list's inception in 2011.

Also noteworthy, Portland, Oregon, has made its debut appearance on the annual list, and Houston, Texas, has moved up from No. 9 to No. 4.

Infographic Information came from the following: