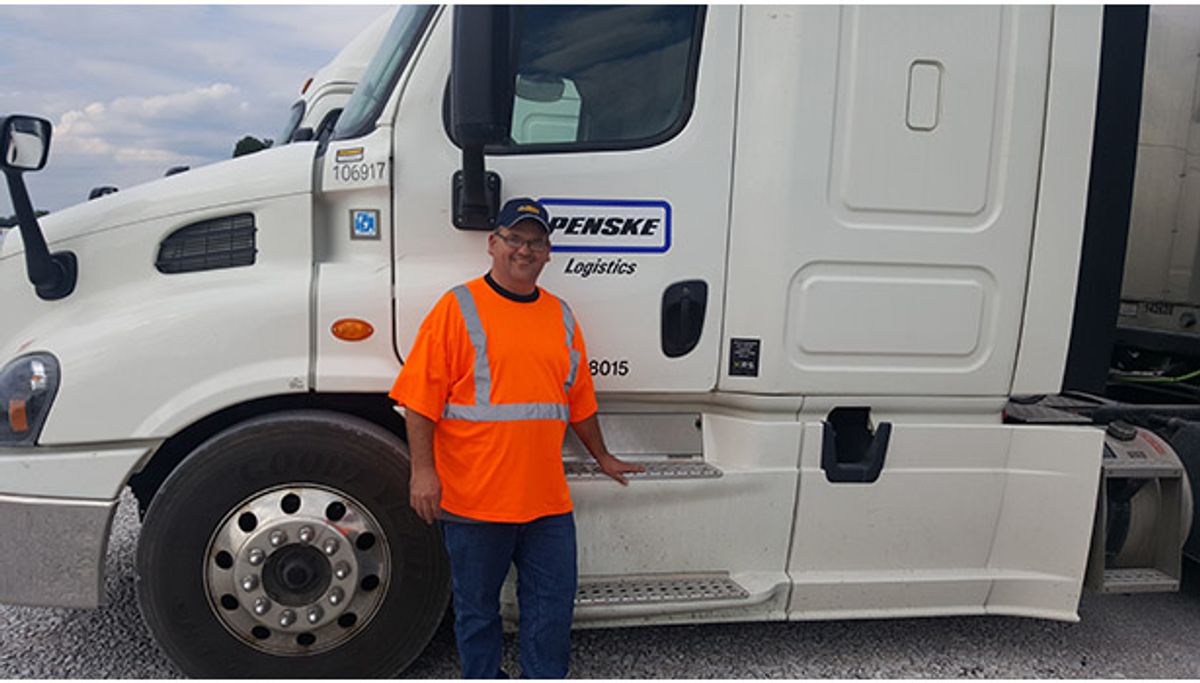 It was a morning like any other for Jamie Jones. He unloaded his truck at an early stop and was eager to get back on the road. Before leaving to continue his day, Jones wanted to quickly say goodbye to a fellow driver who was unloading his truck at the same location. He didn’t expect anything more than a simple handshake.

Jones, a driver based out of Penske’s Ravenswood, West Virginia, location, walked over to see the other driver and noticed he was on the ground. Without hesitation, Jones rushed over to assess the situation.

“I found him on the ground and noticed right away that his lips were blue,” said Jones. “Right away, I knew that he wasn’t getting oxygen.”

Fortunately, Jones immediately fell back on his training and began CPR on the distressed driver. After 40 long minutes, paramedics made it to the scene and rushed the driver to the hospital.

Upon arrival, the paramedics made it clear that without the quick action taken by Jones, the driver would likely not be alive. Because of Jones, the driver made it through that day and is expected to make a full recovery.

Jones chalks it all up to the skills he uses as a driver every day. Being aware of his surroundings at all times is an ideal that Jones believes is paramount to being a good driver, and keeps both himself and those around him safe. And while he’s glad that this was the first time he’s ever had to use his CPR training, he thinks knowing first-aid is a great asset to any driver.

Those who work with Jones on a daily basis were shocked but not surprised to hear that he had saved a fellow driver’s life.

“To be honest, it did not surprise me one bit to hear that Jamie acted the way that he did,” said Tony Flores, the operations manager at the Ravenswood location. “Jamie is a great guy, a great employee and a great truck driver.”

His focus on safety and precision is what stands out most to those close to Jones. Flores feels that actions like those performed by Jones that day personify what it means to be a great driver.

“Not only did Jamie’s actions that day personify Penske ideals, but everything he does on a daily basis mirrors the expectations of what an excellent driver should be,” explained Flores. “He’s always looking to help or make things better, regardless of the situation.”

At the end of the day, Jones says he was just doing his job and being the best driver he could be.

Interested in a driving career with Penske? Visit GoPenske.com/drivers for employment opportunities. The company offers competitive wages and a wide range of benefits. Penske is an Equal Opportunity Employer.