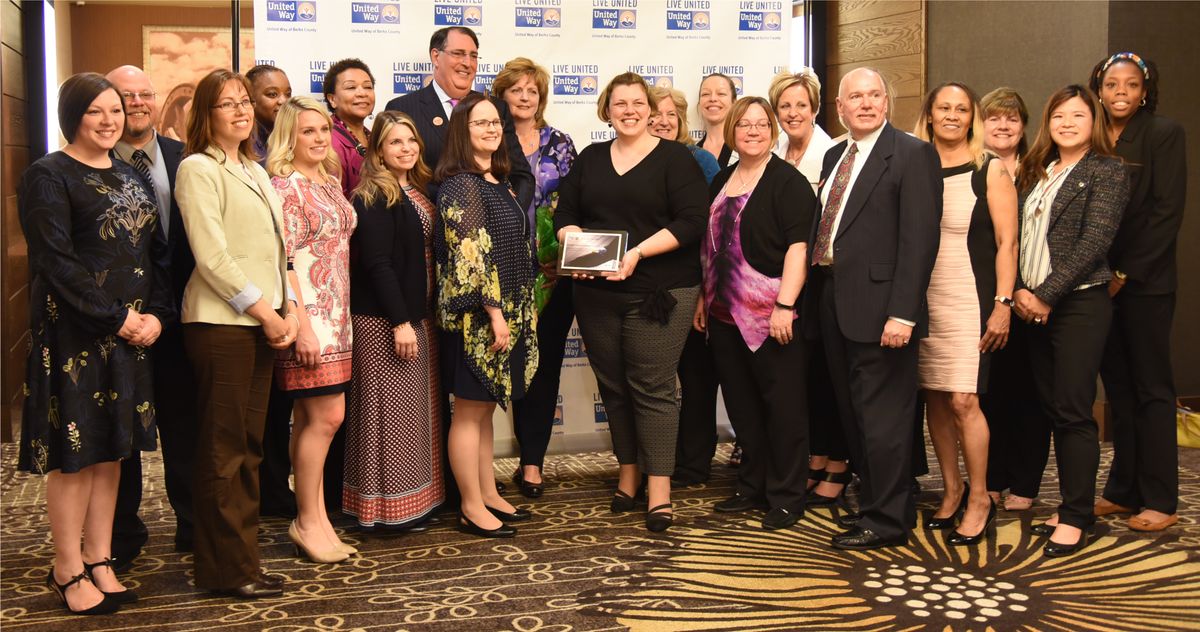 The United Way of Berks County presented Penske with an Eagle Award in recognition of the company’s support of the charitable organization’s 2017 fundraising campaign.

This was the second time that the organization honored Penske and its associates for its efforts during the 2017 campaign. The United Way presented Penske with a Presidential Award and recognized the company as the campaign’s top corporate fundraiser.

Associates from Penske’s United Way at Work Committee accepted the Eagle Award at the United Way’s 55th Annual Dinner and Awards Presentation held at the DoubleTree by Hilton Hotel in Reading, Pennsylvania.

Eagle Award recipients are selected based on criteria such as CEO endorsement of the workplace campaign; support of key programs, such as the Loaned Campaign Specialist and Loaned Campaign Accountant Programs; participation in the annual Campaign Planning Workshops; encouragement of year-round communication and engagement activities within the workplace; and support of sponsorships and events.

“The award is significant because it is a public recognition of both our company and our associates for their efforts to make Berks County a better place to live, work and raise our families,” said Mike Duff, senior vice president of government relations and chief compliance officer for Penske Truck Leasing.

In a surprising twist, the company wasn’t the only one applauded for community service.

The United Way presented Duff, past board chair, and his wife, Diane, with the Wilbur H. Doran Award, the organization’s top volunteer award. The Duffs were co-chairs of the United Way’s 2011 campaign.

“Winning the United Way of Berks County’s Doran Award means a great deal to Diane and me, particularly because we are so passionately committed to United Way and the work the organization does in our community,” Duff said. “It’s also humbling to follow in the footsteps of other past Doran Award winners, all of whom have had such a positive impact on our community over the years.”

The 2017 United Way campaign raised nearly $10.6 million, which will be invested in over 50 United Way-funded programs, initiatives and grants, serving more than 100,000 people in need throughout Berks County.

Penske was the United Way’s top corporate contributor for the fourth year in a row, raising $1.3 million for the charitable organization. It was the third consecutive campaign where Penske and its associates raised more than $1 million.

“When we support the United Way of Berks County, we know that our contributions stay right here in the community to fund local programs and services that annually benefit more than 100,000 people,” Duff said. “By supporting the United Way, we may be helping our friends, neighbors, co-workers or family members.”

Penske’s United Way at Work Committee, made up of Penske Logistics and Penske Truck Leasing associates in Reading, Pennsylvania, played a pivotal role by spearheading United Way fundraising events throughout the year, culminating with the giving campaign in the fall.

The Eagle Award is special for associates because it reinforces the positive impact that their efforts are making in the community.

“By contributing to an organization that has such a wide reach, the associates at Penske are helping children read and also helping to provide disaster services, meals to homebound individuals, therapy for children with special needs, mental health counseling, support services for veterans, and so much more,” said Christy Resh, co-coordinator of Penske’s UWAW Committee.

Community service is central to the mission of Penske as well as its associates.

“Penske associates know that giving back to their communities is very important,” Duff said. “This attitude is an indication of the high quality of the people we have on the Penske team.”