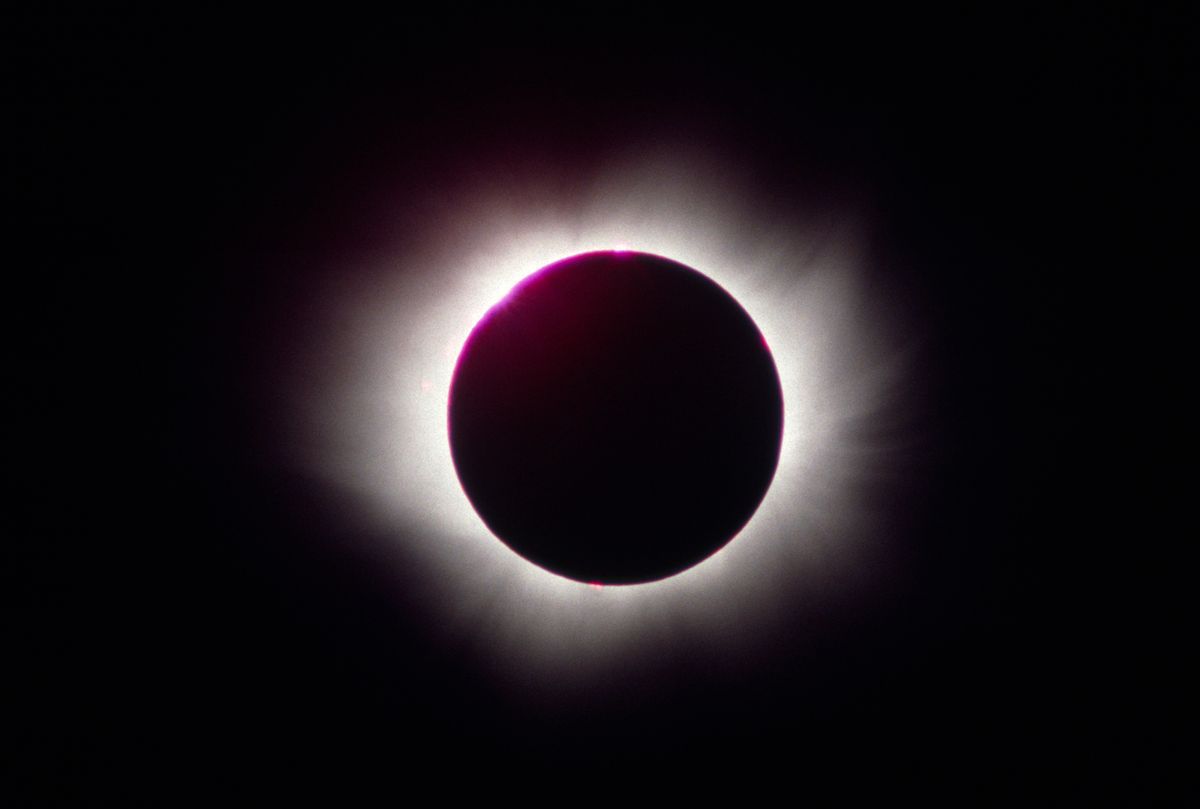 For millions of drivers – including many Penske consumer renters and professional truck drivers, anticipation is building for Monday’s first visible total solar eclipse in the U.S. in decades.

During the “Great American Eclipse,” the daytime sky is set to darken in parts of the country as the moon passes in front of the sun and casts its shadow to fall on the Earth.

Yet, experts like AAA are urging drivers to take steps to protect their vision and avoid the strong temptation to try and catch a glimpse of the eclipse while driving.

While there are, on average, two solar eclipses each year somewhere in the world, Violet Mager, professor of physics and astronomy at Penn State’s Wilkes-Barre campus, says this solar eclipse is special.

“The last solar eclipse visible in the entire U.S. was in 1994. It was an annular eclipse, meaning the moon was relatively far away from the Earth at the time, and it was too small to completely cover the sun,” she said.

It has been even longer between total solar eclipses.

Fascination has long surrounded the dance of celestial bodies jockeying for position in the daytime sky.

“Eclipses have always had a mystical quality about them, harkening back to ancient times when they were seen as mysterious, magical events that brought with them good fortune or terrible catastrophes,” said Mager. “We now know this isn't true and understand fully how they come about, but I think that some of that ancient feeling of awe still remains within us.”

The eclipse will last from two to three hours, moving southeast-ward across the U.S. The maximum eclipse on the West Coast will happen at about 10:15 a.m. PST and on the East Coast at roughly 2:45 p.m. EST, Mager said.

“Everyone will see at least a partial eclipse. The total eclipse is visible in a thin strip across the United States, beginning in Oregon and crossing diagonally down to South Carolina,” Mager said. “People in the total eclipse region will get a tremendously more magical experience. I've heard that it is very eerie when the moon completely covers the sun.”

Humans won’t be the only ones in awe.

“It is very dark, confusing wildlife: the birds will stop chirping and the night-time insects like crickets will become active,” Mager said “For a minute or two, the faint corona (the outer atmosphere of the Sun) becomes visible. This is the only time humans on Earth can directly witness this spectacularly beautiful layer of the sun.”

Astronomers – including Mager – are hoping excitement surrounding the solar eclipse ignites an interest in young people about astronomy.

“That is my hope. Astronomy especially is usually a far-off, abstract concept to people: something that seems cool but doesn't really affect them in an obvious way,” Mager said. “Being able to experience astronomical events first-hand makes it feel more real and tangible, and perhaps will make it feel more important to them personally.”

If you do plan to drive during the eclipse, AAA offers these tips:

In addition, the Federal Highway Administration is warning drivers to prepare for extra congestion especially on interstates in the eclipse’s path on the day before, day of and day after the eclipse.

Where possible, drivers are encouraged to avoid travel during the eclipse or in the area of the main path.