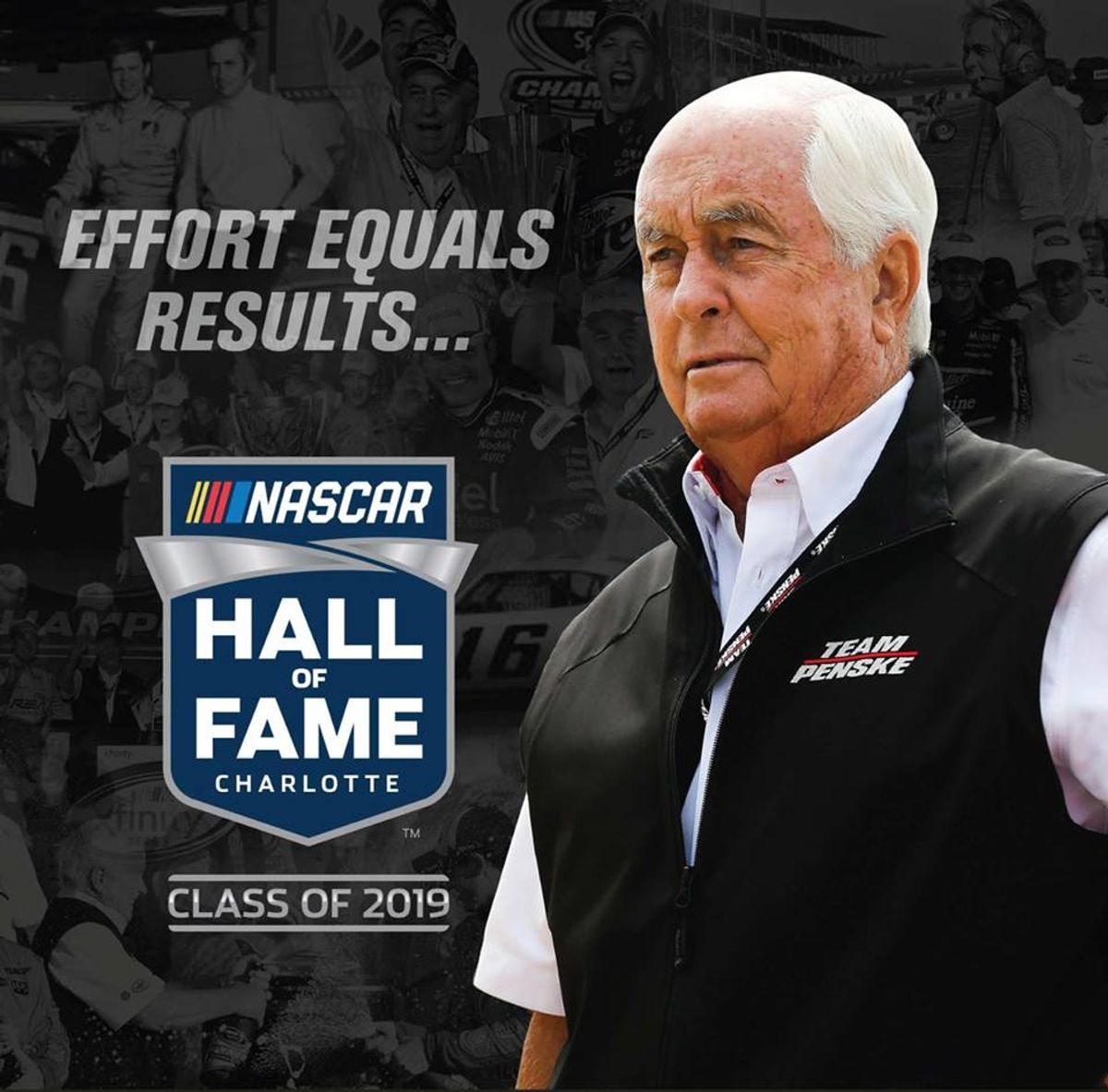 Recognizing the accomplishments of a man that has made an indelible impact on the sport for more than 55 years, Roger Penske was inducted into the NASCAR Hall of Fame on Friday evening, February 1, 2019.

Penske was among five legends of stock car racing that were enshrined at the NASCAR Hall of Fame in Charlotte, North Carolina, including former legendary drivers Jeff Gordon, Alan Kulwicki and Davey Allison, along with fellow longtime team owner Jack Roush. The 2019 honorees represent the 10th class of the NASCAR Hall of Fame.

First competing in NASCAR as a driver in the early '60s before becoming a team owner and also a race track operator and promoter, Penske has one of the most unique and diverse legacies in the history of the sport.

The man affectionately known as “The Captain” won a NASCAR Pacific Coast race at Riverside in 1963 and that began a long and storied history of winning in stock car racing for Penske.

Through the 2018 season – the 52nd year of competition for Team Penske – Roger Penske’s teams have produced 182 victories in NASCAR’s two premiere series, including winning the Daytona 500 with Ryan Newman in 2008 and Joey Logano in 2015. Team Penske won its first Cup Series title in 2012 with Brad Keselowski and Logano is the reigning Monster Energy NASCAR Cup Series champion after a dramatic run to the crown last season. Keselowski also won the NASCAR XFINITY Series (NXS) title in 2010 and Team Penske has earned four NXS Owner championships in the last six seasons.

In addition to his accomplishments as a team owner, Penske and his organization served as one of NASCAR’s top track owners and race promoters for years at popular venues including Michigan International Speedway, California Speedway, North Carolina Speedway and Nazareth Speedway.

Penske reflected on his history in the sport during Friday night’s induction ceremony.

“This Hall of Fame honor and this moment is very special to me, and I am so glad to share it with my family and friends,” said Penske. “Racing has been a part of my life almost as long as I can remember. It is a common thread that is woven throughout all of our Penske business. Racing is simply who we are.”

As Team Penske prepares to defend its Cup Series crown in 2019, Penske was proud to be honored with four other NASCAR icons and take his place in the hallowed halls of the NASCAR Hall of Fame.