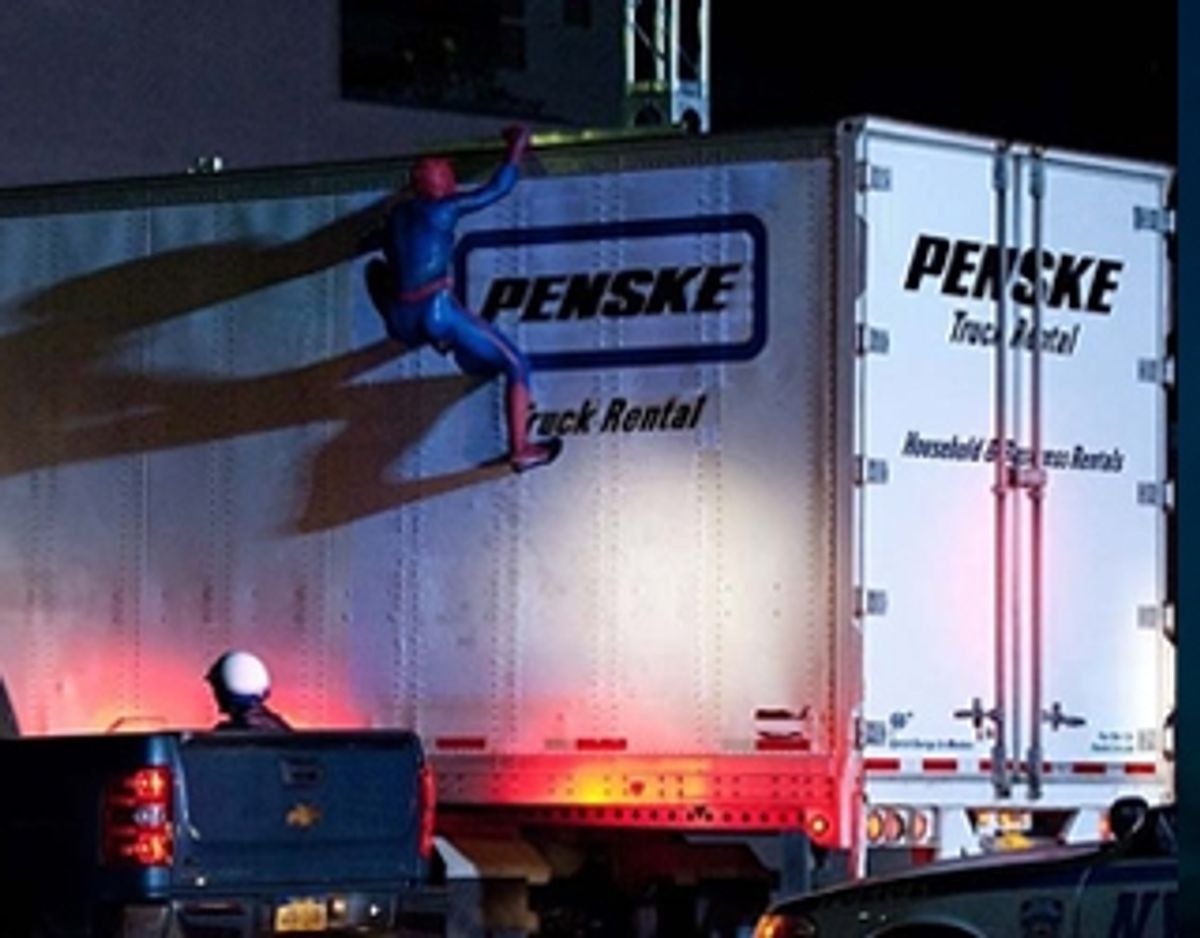 A Penske truck is among the cast of supporting characters in Sony’s “The Amazing Spider-Man” which opened nationwide on Tuesday (see photo below). The PG-13 movie is a reboot of one of Marvel’s most popular superhero franchises. Available in both IMAX and in 3D, the film, set in New York City, stars Andrew Garfield, Emma Stone and Denis Leary.

The Penske truck appears on a busy city street during an early scene in which the main character, a young Peter Parker (played by Garfield), dons the iconic costume while flying through the Big Apple in search of criminals.

The product placement was made possible by Studio Services, a California transportation vehicle entertainment firm that Penske contracts with.

In January 2011, the website SuperHeroHype.com posted several photos of filming.