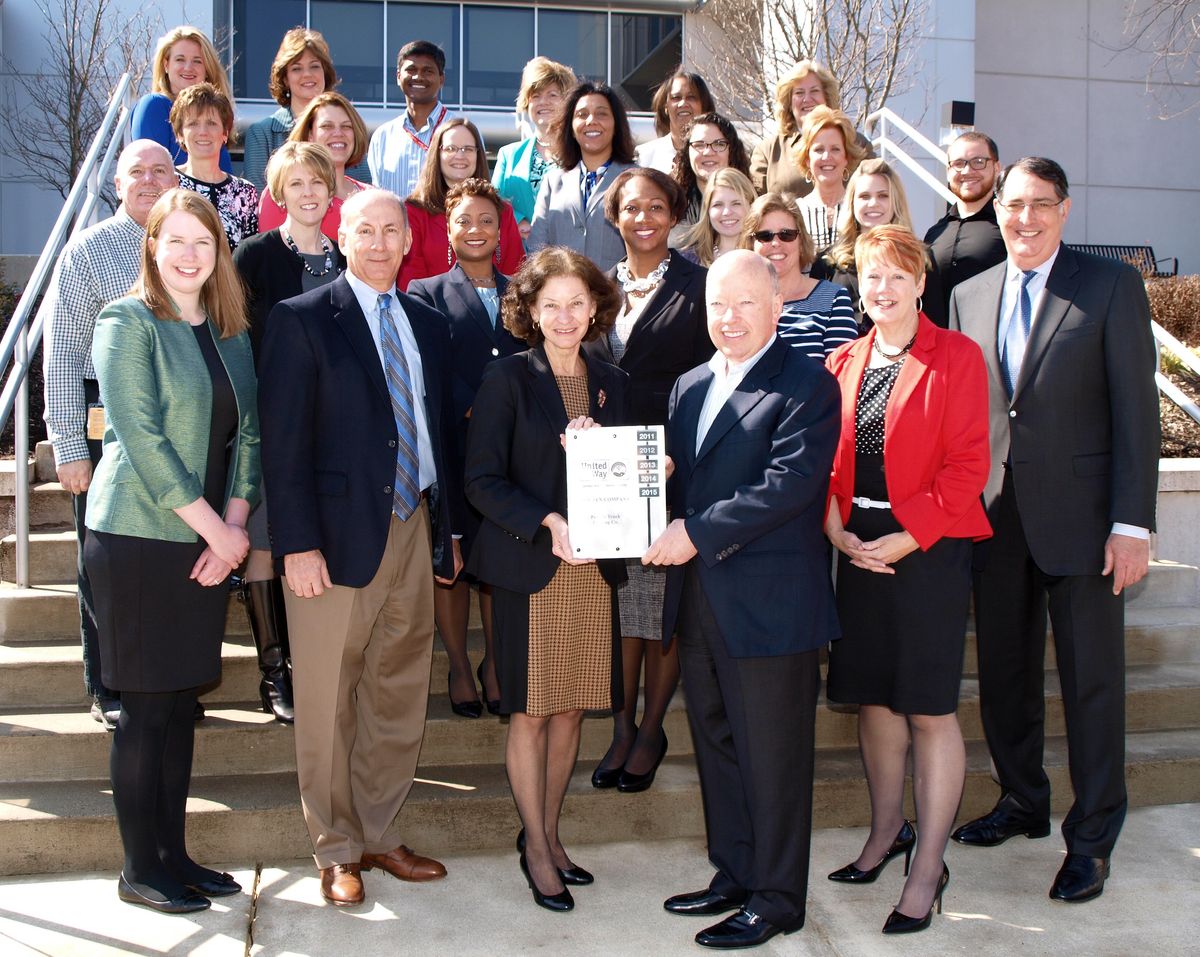 The United Way of Berks County presents Penske Truck Leasing with its Presidential Award to honor the company for being the organization’s top fundraiser for the 2015 campaign.

The United Way of Berks County presented Penske Truck Leasing with its Presidential Award to honor the company for being the organization’s top fundraiser for the 2015 campaign.

United Way campaign co-chairs Brad and Barbara Hall presented the award to Penske’s President and CEO Brian Hard at the company’s headquarters in Reading, Pennsylvania. The United Way also honored Penske for reaching a unique milestone by becoming the first and only company to raise over $1 million.

In accepting the award, Hard shared his appreciation of the work the United Way does for the community.

Hard also gave thanks to the Penske associates who helped make the 2015 campaign such a resounding success.

“I’m humbled to hear about all the wonderful things our associates do in the community through the United Way,” said Hard. “Thank you to each of you for your leadership and volunteerism. You each play an important role in the success of the United Way in Berks County.”

The Halls echoed this appreciation and praised Penske and its associates for their effort and hard work each year.

“We’re really proud to work with Penske,” said Brad Hall. “The things that you do really and truly are appreciated by the community.”

“Unless there is a combination of great leadership and great people, numbers like these are difficult to achieve,” said Barbara Hall. “I can’t thank Penske enough for funding the campaign in such an enjoyable and energetic way.”

As a company, Penske has been one of the United Way’s top ten supporters each year since the Presidential Award’s inception in 1991.