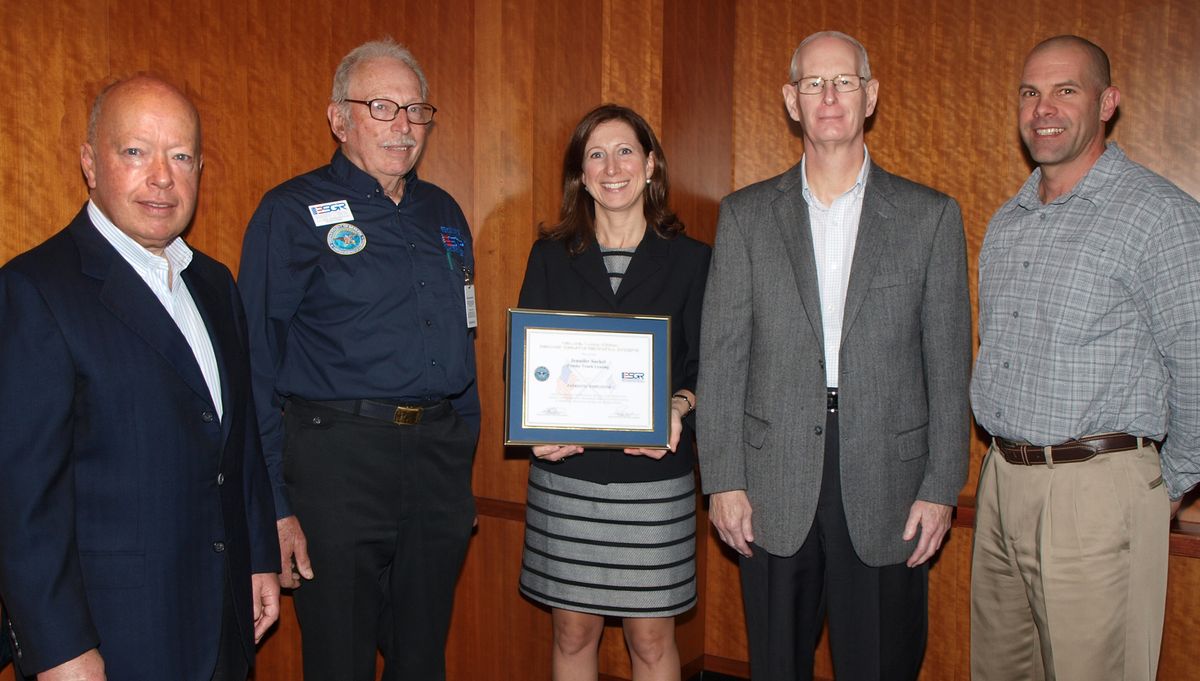 Penske Truck Leasing has received the Patriot Award from the Department of Defense’s Employer Support of the Guard and Reserve (ESGR).

The Patriot Award recognizes supervisors for supporting their employees who serve in the Guard and Reserve. John Adams, an IT engineering supervisor at Penske, nominated Penske for this recognition.

“We’re honored to be recognized by John and the ESGR for our ongoing support of the Guard and Reserve,” said Jennifer Sockel, Penske’s senior vice president of human resources. “We are proud to have John and his fellow servicemen and women as Penske associates. We are grateful for their commitment to protecting our freedom.”

Adams has served 25 years in the military: nine in active duty and nearly 16 in the Reserve. Adams’ supervisors fully supported him when he was activated in 2003 with the Air Force Reserve and 2008 with the Air National Guard.

In his nomination, he shared, “When I have personally been deployed, I received care packages and regular communication from my manager about my well-being and that of my family. My manager has been fully supportive of my commitment, whether it was for a day or a year for the past 15 years since I have been employed at Penske.”

“It’s a real honor to have an employee nominate their superiors for the Department of Defense Patriot Award,” Diehl said. “It shows there’s a really good rapport and relationship between the military folks and the company they work for.”

Penske is committed to hiring veterans and supporting them as they transition from active duty to a full-time civilian job. Last year, 14 percent of new-hires were veterans.

“We actively recruit veterans, active military and their spouses by promoting employment opportunities in military publications, on veterans' job boards and through exclusive partnerships with many military-friendly organizations,” Sockel said. “The values, work ethic and skills they bring to our workplace help them to succeed at Penske.”

Service members who want to nominate their supervisor or manager for an award through the ESGR can visit the ESGR Employer Awards page for more information.

“Penske and our managers were honored with a number of ESGR awards this year,” Sockel said. “Being nominated by our associates reinforces the value of our military-friendly hiring practices and workplace policies.”

For the fifth year, Penske is a top 100 Military-Friendly Employer on a list published by Victory Media, publisher of G.I. Jobs and Military Spouse magazines.