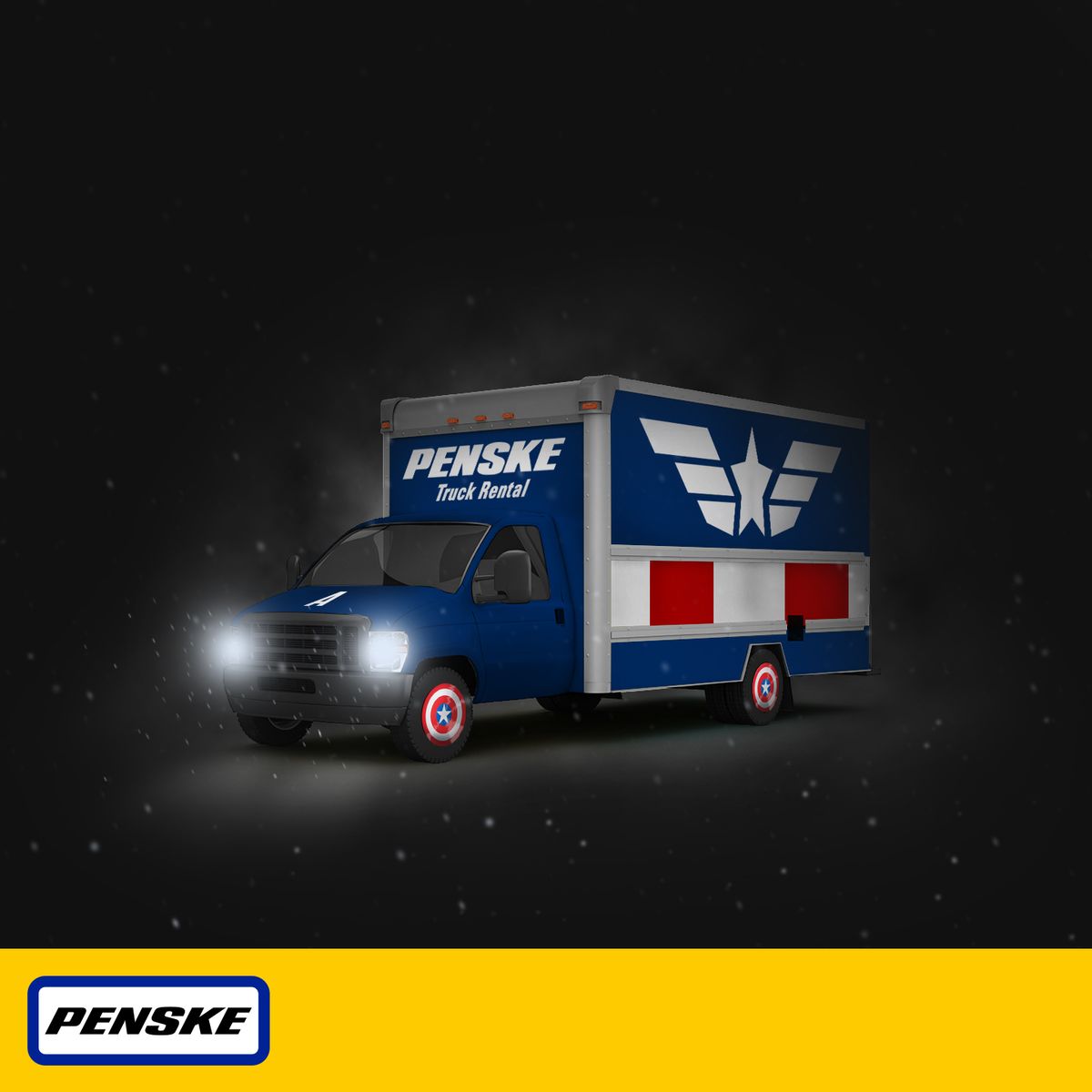 The yellow Penske box truck is seen early in the film during an exciting chase scene through the streets of Washington, D.C., as Jackson’s character is evading a highly trained group of mercenaries. Their soldiers have commandeered local police cars and the Penske truck helps Fury make a getaway.

The below clip includes footage of the Penske truck which is visible at the 0:47 mark.

The company’s branding also appeared in 2012’s “The Amazing Spider-Man.”