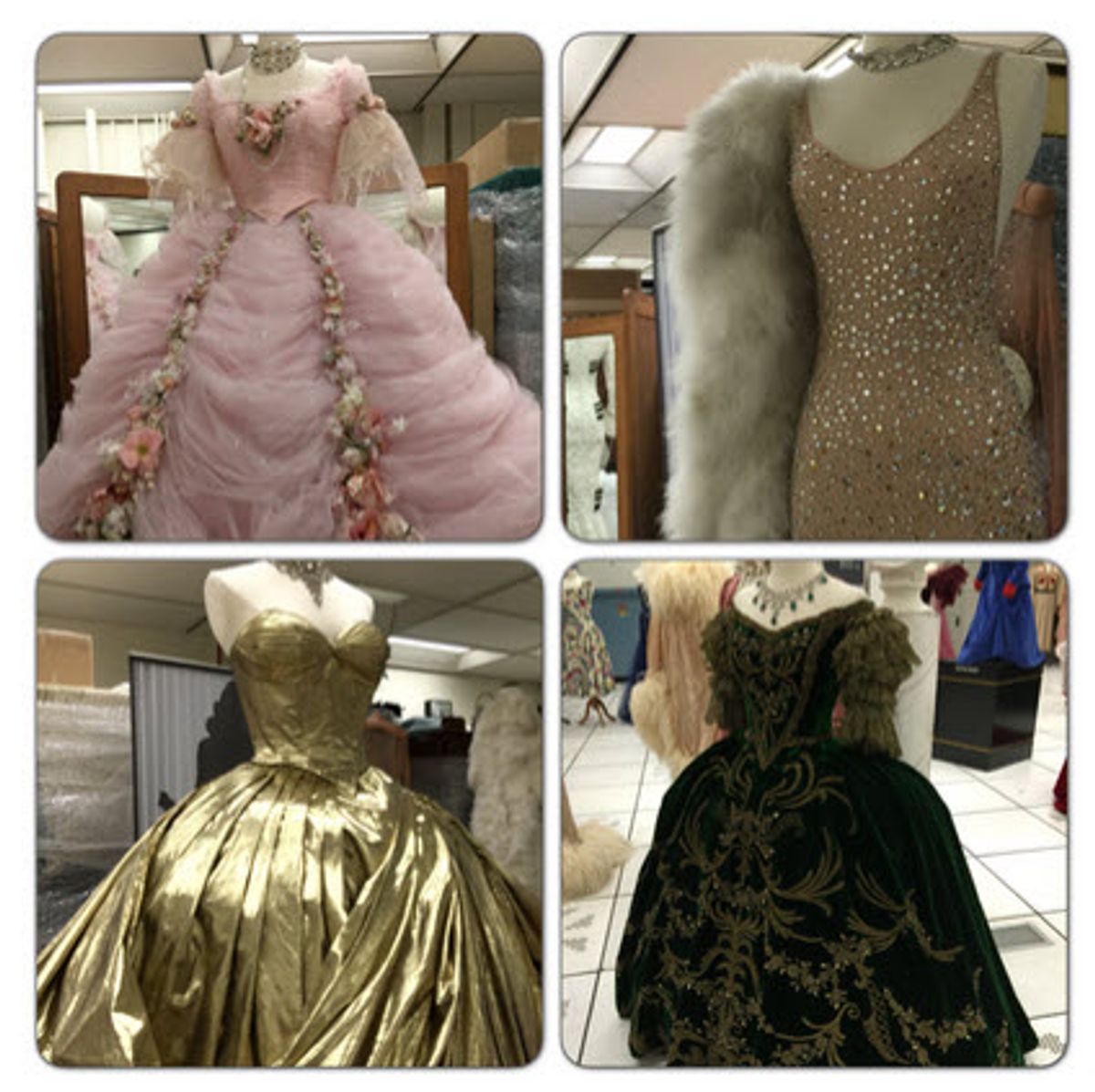 In a modest studio outside ofReading, Pennsylvania, iconography from Hollywood’s golden era adorn a sea of mannequins as part of “Gene London’s Hollywood.”

The collection, some 60,000 strong, is the work of London, film fashion historian and former children’s television host who has been collecting the fashions for decades.

“The Golden Age of Hollywood touched moviegoers the world over and gave us a magic place where dreams really did come true,” London said. “The stars were memorable, as were the beautiful costumes that they wore.”

London will display 50 of his fashions at the 2015 PHS Philadelphia Flower Show, which opens Feb. 28 at the Pennsylvania Convention Center in Philadelphia and will feature the theme “Celebrate the Movies.” Penske Truck Rental donated a truck to help London transport the items to the nation’s largest and longest-running flower show.

Proceeds from the flower show will benefit the Pennsylvania Horticultural Society (PHS), a charitable organization founded in 1827. Through the PHS City Harvest program, green jobs are created, and more than 1,200 families in need receive fresh produce during the growing season.

Long before his collecting days, London was the creator and host of Cartoon Corner’s General Store at one time Philadelphia’s top-rated children’s program. The show featured Quigley Mansion where Frankenstein, the Invisible Man and Dracula all lived.

“It was a lovely and magical time,” London said of the program. “It was heaven to do that show.”

“Joan Crawford saw me on television and she sent me a letter saying how she loved Cartoon Corner.” London said. “She sent me a trunk full of clothes just because I loved them.”

Crawford would eventually become a life-long friend whose gifts from her screen and personal wardrobe would be the stepping stones to London’s role as a collector and Hollywood historian.

In addition to gifts, London purchased other items to add to his collection. When MGM studios stopped making films, there was a big auction sale and London purchased many costumes through that sale.

As part of his Flower Show exhibit, London will feature dresses from iconic movies such as “Gone with the Wind” as well as showcase premiere gowns worn by actresses to events.

“Every dress will include a picture of the star,” London said. “Every dress tells a story of the designer and the star.”

The tour will be London’s way to give movie fans a glimpse into Hollywood’s past.

“Hollywood was a kind of make-believe,” London said. “It was hard work for everyone, but it was heavenly.”

The Gene London Hollywood Collection will be in Room 203 of the convention center. Admission to the event is $5.