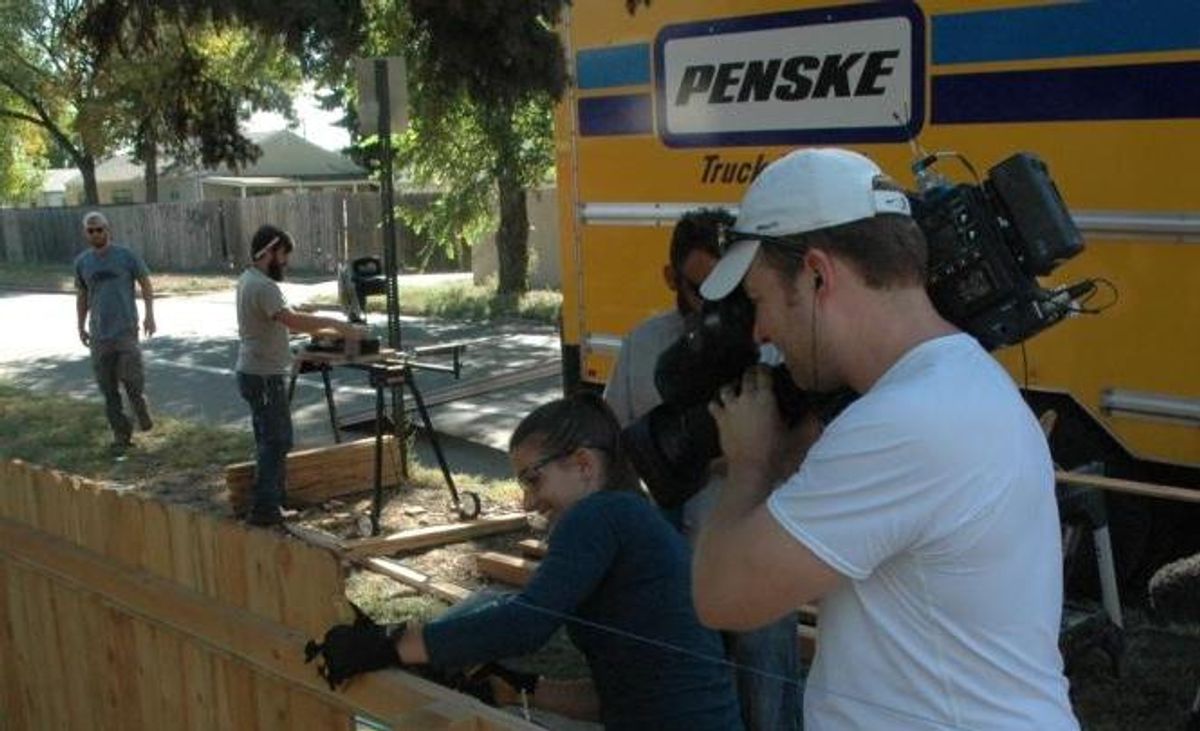 Homeowners that embark on do-it-yourself projects sometimes get in over their heads and create even bigger messes than the ones they attempted to fix.

The television show “Rescue Renovation” helps homeowners complete projects that perhaps were better left to the professionals. Now in its third season, the show airs Tuesday nights on the DIY Network and regularly features Penske trucks.

Led by Denver-licensed contractor Kayleen McCabe, a team of construction pros come in and create home masterpieces, room by room, in the Denver metro area.

“Our Penske rental truck is literally our traveling headquarters,” explained Jennifer Darrow, the show’s executive producer. “I don’t know how we can do the show without it. It’s part of our set.

“We shoot at houses all around the city, and we juggle four houses at a time,” Darrow said. “The Penske truck is our workshop, all of our tools are stored in there.”

The show also films scenes inside the trucks, with homeowners -- and McCabe -- sometimes being interviewed around the truck and its contents, which includes home building materials.

“Rescue Renovation” spends about three weeks at four different homes, filming one show per home. It takes nearly three weeks to edit and write one episode. In all, it takes about 28 weeks to complete a 13-episode season (when casting, shooting and editing is tallied up) according to Darrow.

Darrow also noted something that’s invisible to the viewer, but important to the task at hand: “We have to pull permits and get inspections. We’re an actual contracting firm, essentially. We’re doing a top-notch renovation, which is not just a TV renovation.”

“Rescue Renovation” is produced by High Noon Entertainment, a Denver-based company. High Noon is also responsible for cable shows on Food Network and HGTV, with its offerings including TLC’s “Cake Boss” and “Next Great Baker.”

The show’s fourth season is currently in production.

For your next do-it-yourself move, be sure to visit PenskeTruckRental.com for all your moving needs.