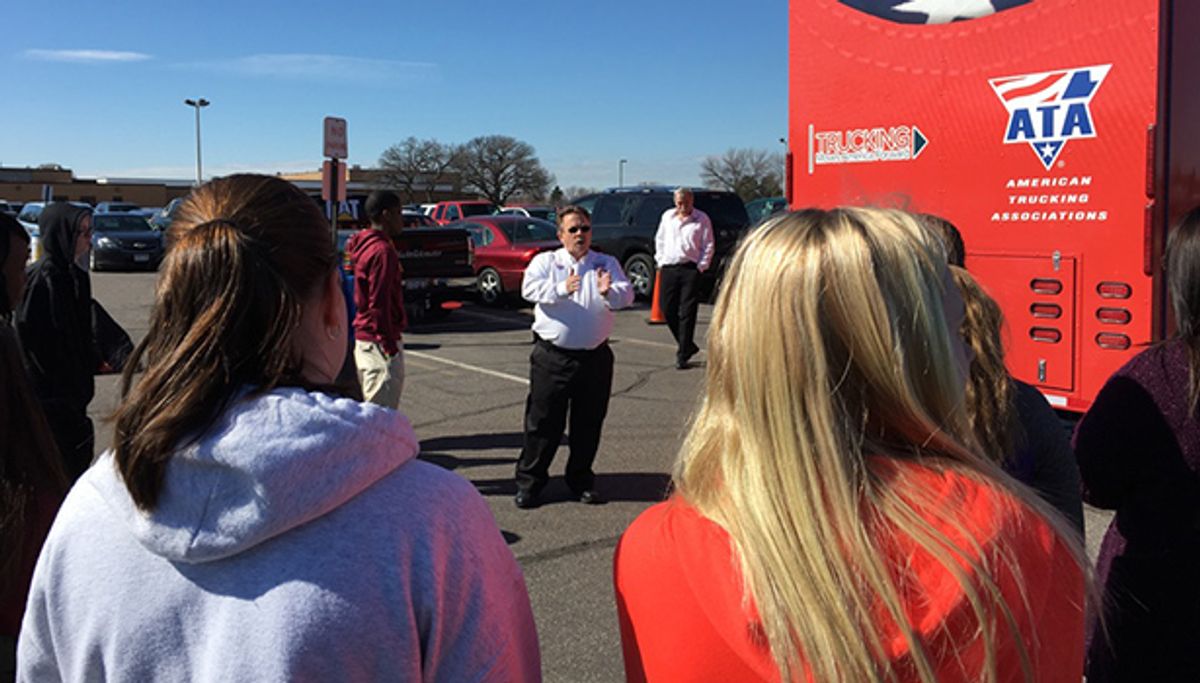 Neil Kirk knew that the climates are vastly different in Minnesota and Louisiana. What he didn’t know was that he would experience its extremes on the same road trip. While on his latest goodwill tour as an America’s Road Team Captain for the American Trucking Associations, the Penske Logistics truck driver was asked to drive the Share the Road tractor solo from Minneapolis to New Orleans.

When he arrived in Minneapolis from the New York metro area via airplane in April, the thermometer read 5 degrees. “It was snowing and I didn’t pack enough warm clothes,” recalled Kirk. Previously, he had driven a truck east-west across the United States. This would be his first time traversing the country north-south.

He knew he was leaving the cold weather because Kirk saw trees that started to fill out while driving. “In New Orleans, it was 80 degrees and people were wearing flip-flops and shorts.”

In just a span of three days, Kirk picked up an amazing 75 degrees heading south.

This was Kirk’s first visit to New Orleans. Among the highlights:

While in Minnesota he spoke at three high schools. “The Share the Road events are the best things I’ve ever done,” Kirk stated. “I talk to the kids about distracted driving and blind spots. They aren’t driving yet so they don’t have bad habits.

“Distracted driving is so much more than people being on their phones,” he continued. “It’s using the radio, putting on makeup and parents talking to kids in the backseat. It is all the things that cause the driver to take their eyes off the road for a second.”

Prior to making his most recent journey, Kirk attended the Mid-America Trucking Show in Louisville, Kentucky. He spent time in the ATA booth, talking up the industry to attendees, and also meeting F. Scott Darling, acting administrator for the U.S. Federal Motor Carrier Safety Administration (FMCSA).

These public appearances continue to enhance Kirk’s speaking ability and if given a choice, he has derived more enjoyment speaking to the youth. Kirk kiddingly points out that online, he continues to “be the face of trucking,” for family and friends.

It is easy to see why Kirk is a Road Team Captain and an ambassador for the transportation industry.